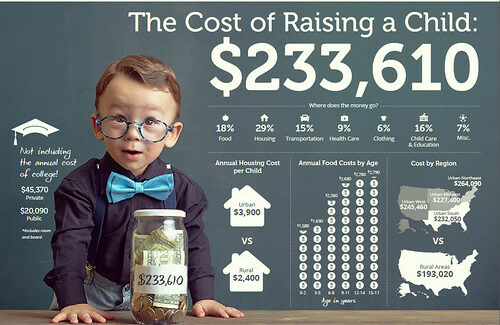 HOW IS CHILD SUPPORT DETERMINED?

“Child support is the amount of money that a court may order a parent, or both parents, to pay every month to help support their children. Each parent is equally responsible to provide for the financial needs of his or her children. The obligation to pay child support is not enforceable until such time as a court makes a child_support order.  IN order to get an order, a parent must file a motion asking for it.” Jennifer Lawton, Lerandeau & Lerandeau, Family Law Attorneys Fresno.

Child_support payments are usually payable until each child turns 18 (or 19 if they are still in high school full time, living at home, and cannot support themselves). California has a statewide formula (called a “guideline”) for determining how much child support should be paid. If parents cannot agree on child support, the judge will decide how much child support will be paid using a guideline calculation. The guideline calculation is based on two factors:

1) Each parent’s “net disposable income.” This means the parent’s income after state and federal taxes and other required deductions. The court may order support based in part on bonuses, commissions, overtime, and other supplemental or non wage income if the court determines that this income occurs regularly. Certain income is NOT counted when determining a child support obligation. For example, the court cannot consider income received by a parent from the government based upon his or her need.